Striking carriage clock with a gilt-brass corniche case by Grohé, circa 1880.

A most attractive eight-day striking carriage clock, signed on the enamel dial GROHÉ 7 WIGMORE STREET LONDON, circa 1870. This is almost certainly a French clock made for the English market by James Grohé and retailed by him.

The gilt brass case is made in the so-called corniche style and has facetted glass panels to all sides so that the movement is almost entirely visible. The top has an oval window through which the original silvered platform escapement can be seen. At the back, there is a door giving access to the winding and setting arbors, with the word HANDS and an arrow to indicate the direction to turn. The clock is surmounted by a typically shaped carrying handle.

The spring-driven, eight-day movement of this beautiful clock is constructed between plates. It consists of going and striking trains. The going train has an English lever escapement on a silvered platform with hairspring balance and regulation. It can be adjusted by a regulator pin which can be seen through the window in the top and is accessible through the back door. The striking indicates the hour fully and the half hours with a single stroke on a bell. The backplate is marked with the maker’s name and nicely engraved in longhand: Grohé London.

The circular enamel dial is set in a fine elaborately engraved gilt-brass mask and has a Roman chapter ring with Arabic five-minute and minute divisions. The time is indicated by a pair of blued-steel Breguet hands.

Good. Wear consistent with age and use. The clock keeps superb time and is in excellent condition. All of the clocks we offer have been serviced by our horologist. 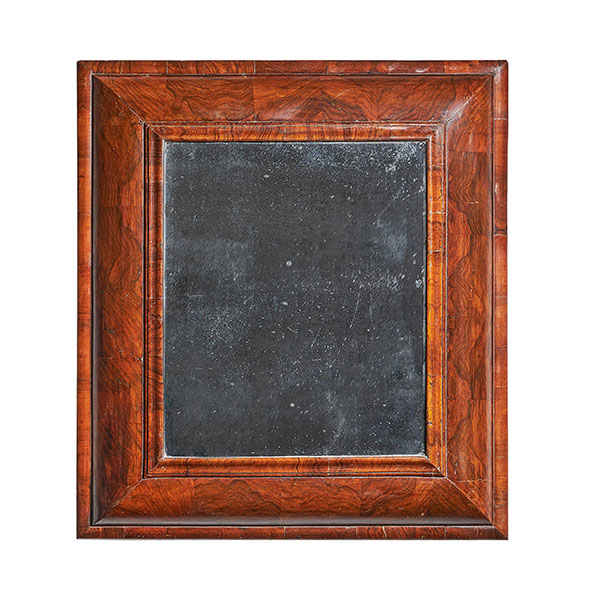